You are here: Home » How A Positive Attitude Makes All the Difference: Fran DiTringo, a survivor’s story

How A Positive Attitude Makes All the Difference: Fran DiTringo, a survivor’s story

Olivia Bonevento is a featured guest blogger for Komen CSNJ.  She lives at the Jersey Shore and is currently a student at a liberal arts college in Pennsylvania.  Read more about Olivia on her personal blog – oliviabonevento.wordpress.com. 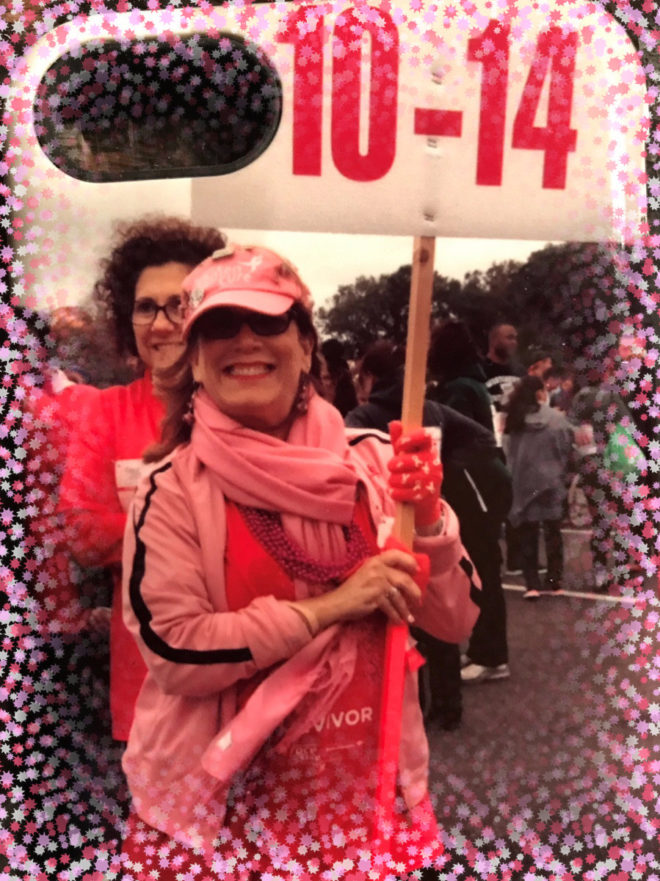 At Komen CSNJ, we meet many who have fought breast cancer valiantly and with a good attitude. Fran DiTringo is one of these people who took what life threw at her with a smile and won. I, personally, was in awe of Fran and her positive spirit, one that was truly contagious.

Fran did not expect breast cancer to happen to her. There were no signs of cancer in her family history and she never had an abnormal mammogram. Therefore, she was very surprised when she received a phone call after her July 2004 mammogram. She was told that something was not right and she would benefit from another appointment. Her doctor didn’t seem concerned, so she wasn’t either. However, there were two questionable spots and the doctor ordered a biopsy. That biopsy showed breast cancer.

Fran believes, without a doubt, her mammogram saved her life. She had no lumps and no stereotypical “signs” of breast cancer. She encourages all women to get a mammogram because, if she had not, her breast cancer may have gone undiagnosed for too long to recover. 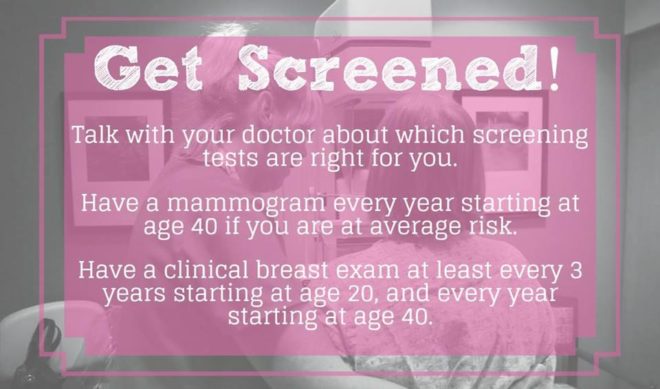 Fran received a quadrantectomy (where a quarter of her breast was taken out) in November 2004. After that surgery, she found out the cancer spread to her lymph nodes. She then learned that she needed both a mastectomy and chemotherapy. She got her mastectomy in January 2005, and her chemotherapy was administered over a series of time in Somerset, New Jersey. She lived in Mantoloking, so it was a bit of a hike. Friends and family always pitched in to help, but she knew that her breast cancer was impacting the people she loved and their lives. She would hear it in their voices. However, Fran says that the people in her life were very strong. She was also very strong. She didn’t want anyone to worry for her or to do for her. She had a choice. She could be strong, or a dig a hole and jump in. She chose to be strong.

A positive attitude, Fran says, is key. She believes it makes all the difference. It may not be the actual truth, but it’s her truth. She had four positive lymph nodes and received eight rounds of chemotherapy, targeted therapy for HER2+ breast cancer known as Herception and several months of radiation. This June, will mark 12 years of being a survivor. Her attitude is what got her through. Fran says that she went about her day normally, every single day. She did everything she normally would. If she couldn’t do it, she must be sick. If she could do it, she wasn’t sick. She was okay. A consistent routine is what kept her holding on. With a different personality or a different mindset, Fran says, she may not have made it through. 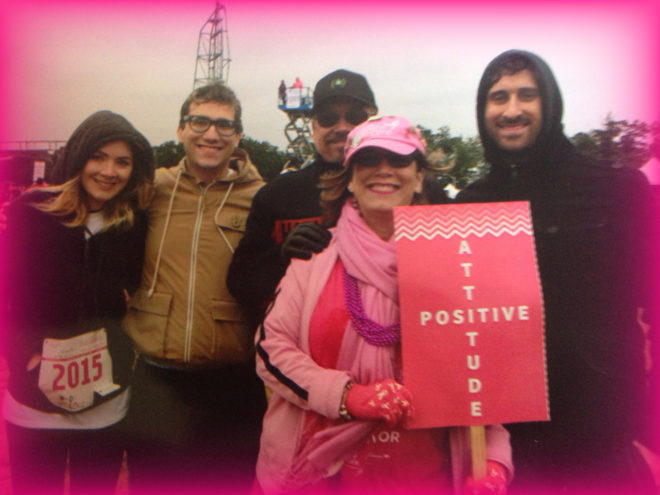 Fran is dedicated to helping people. She specifically loves to help people plan for a mastectomy. If somebody needs to talk, she will talk to them. She will talk to strangers over the phone, people at the supermarket. She takes time to show them what it looks like, and even shows them what it feels like. Someone did that for her, and she is a true believer in the fact that, if you don’t know what you are getting yourself into, it is scary. A lot of people, Fran says, want to dwell in “poor me, woe is me”, but you can’t change those circumstances or those people. You can only change how you respond to them. Fran makes it a point to respond to them with the same positivity that she used to approach her own diagnosis; a positivity that really did make all of the difference for her. 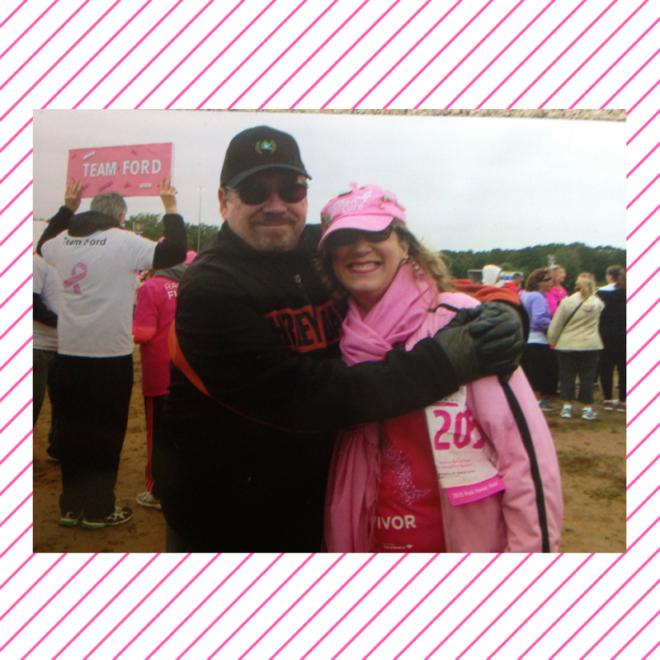 Fran got involved with Komen CSNJ because she wanted to give back. She had worked as a dental hygienist and had a knack with people.  She and her best friend walked in Komen CSNJ’s signature event, The Race For The Cure.  The experience inspired her to start a team the following year.  She had recently moved to a community in Freehold and was meeting lots of friends. Those friends, in turn, became a part of her team at the time – team Riviera at Freehold which she renamed several years later to “Positive Attitude.” Fran has been a member of the Komen CSNJ Pink Honor Roll, a group of top Race fundraisers, since 2006.

Fran knows how lucky she is. According to Fran, “If you make it to five years breast cancer free, you’re lucky. After that, every extra year brings such a peace of mind.”

⇐ Pink Power Party: The Ultimate Girl’s Night Out That Mixes Awareness & Fun!
We Don’t Make A Living By What We Do, But We Make A Life By What We Give: Scott Present’s Life Philosophy and Contribution to the Komen Cause ⇒
Go to Top