You are here: Home » About Us

Our organization began as the Komen New Jersey Race for the Cure, now known as the MORE THAN PINK Walk, in 1994. Recognizing the need for growth, key volunteers and board members launched the Susan G. Komen Central and South Jersey Affiliate in January 2005.

With a service area of 13 counties throughout New Jersey and over 50% of the state’s population, 75% of all funds raised by Komen CSNJ stays within our service area to fund breast health programs for people who would not otherwise have access to quality health care, while 25% of the funds raised supports research for the cure on a national level. Our Affiliate has invested nearly $16 million in the community grants program for breast health to local non-profits and over $5 million in global research.

That means even more help for medically vulnerable women, men and their families in our 13-county service area. During these challenging times, that has a real impact. 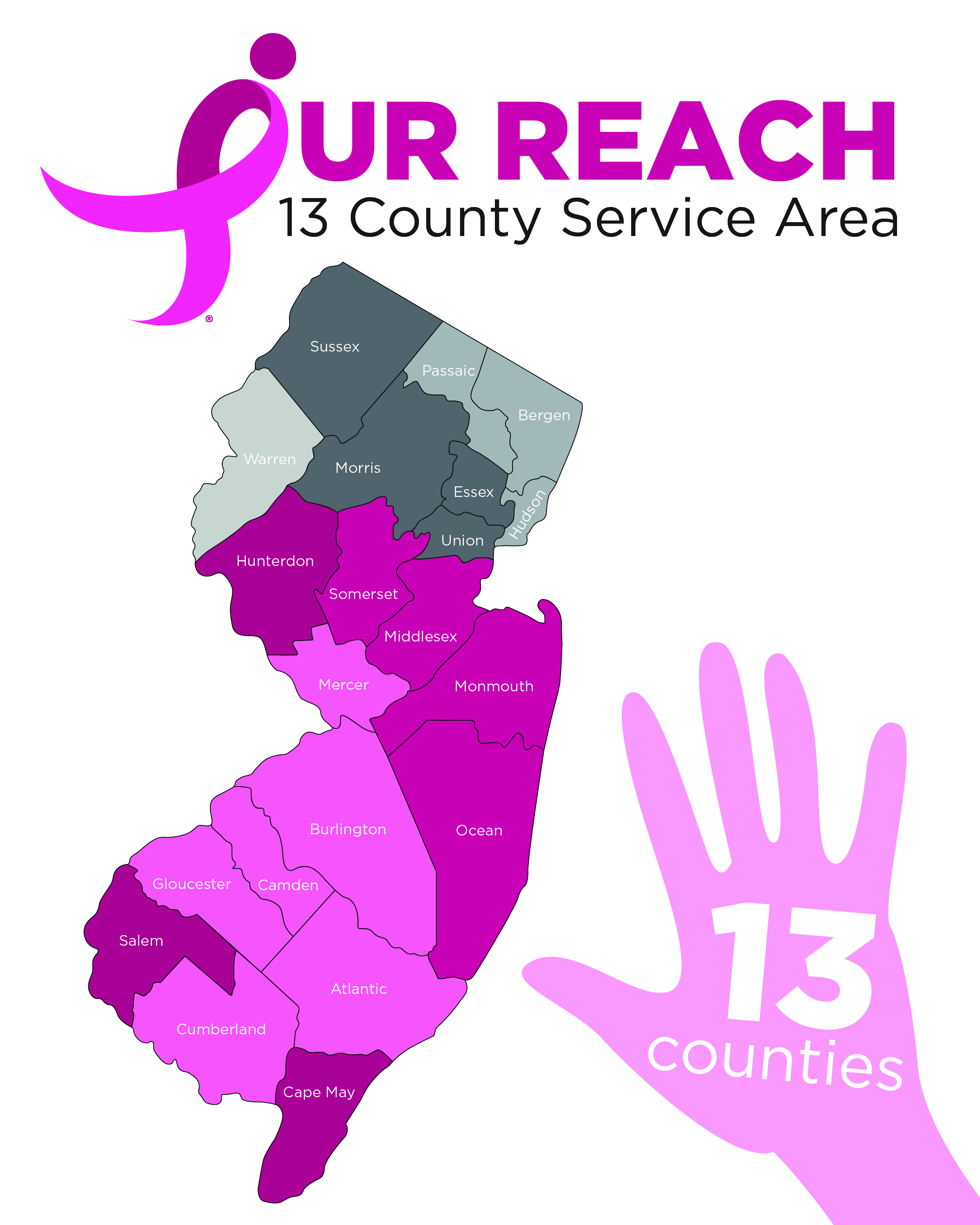 Susan G. Komen is the world’s largest breast cancer organization, funding more breast cancer research than any other nonprofit outside of the federal government while providing real-time help to those facing the disease. Komen has set a Bold Goal to reduce the current number of breast cancer deaths by 50 percent in the U.S. by 2026.

Since its founding in 1982, Komen has funded more than $988 million in research and provided more than $2.2 billion in funding to screening, education, treatment and psychosocial support programs serving millions of people in more than 60 countries worldwide. Komen was founded by Nancy G. Brinker, who promised her sister, Susan G. Komen, that she would end the disease that claimed Suzy’s life. That promise has become Komen’s promise to all people facing breast cancer.